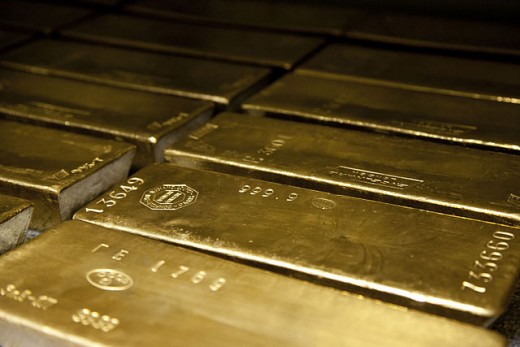 Accusations or collusion in the extremely lucrative precious metals market has resulted in an investigation by a Swiss watchdog group. The price of gold and silver has fluctuated in the past couple of years. This investigation could discover that the price changes result from metal benchmark manipulation conducted by various banks worldwide.

The named financial institutions in the probe are Deutsche Bank, HSBC, Barclays, Morgan Stanley, Julius Baer, and UBS. More names likely to be added to the list in future. They are under suspicion of engaging in agreements to set or fix the price of precious metals. This could have a drastic impact on gold and silver investments all over the globe. The investigation should conclude in 2016 or 2017. Any banks found to have engaged in collusion will be levied severe penalties and fines.

Illegal practices by banks regarding precious metals is nothing new. Earlier this year, four banks admitted to manipulating forex rates for their own benefit and fined six billion dollars. Barclays was fined 26 million pounds for allowing certain traders to manipulate gold prices. If Barclays is found guilty in this new probe, it could cost them even more. The United States is also investigating gold and silver price-fixing. Many large US banks are suspected of rigging the market.

Deutsche Bank and Julius Baer have both publicly responded to the Swiss watchdog’s request for certain information. However, UBS, Morgan Stanley and HSBC have not yet commented on the current investigation.

Press reports about unfair trading practices in the European Union a month ago have sparked the flame of this inquiry. The unethical spot trading by various groups led to the Swiss probe. The consensus is that collusion did occur. However, the extent of the actual effect on gold, silver, and other precious metals is yet to be determined.