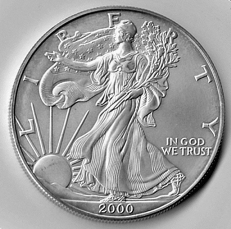 As per preliminary reports from US Mint, sales of silver coins hit a 10-month low in May. It sold hardly 2.02 million ounces of American Eagle silver coins in May, the weakest total since July 2014 and down by almost 28% from 2.8 million ounces in April.

American gold Eagle coins sold 21,500 ounces in May – 27% down from the previous month and the lowest following February.

Besides a little volatility towards the end, May provided a stable month from the price perspective for both gold and silver. Silver began the month at $16.13 per ounce, cracking four-month highs at $17.78 per ounce and closing at $16.75.