A Canadian physical educator, physician, sports coach and innovator Dr. James Naismith invented the game of Basketball in the year 1891. It has the pace and tremendous excitement too! Every player of the team on the court has the opportunity to shine during a game of basketball but this action-packed sport relies heavily on teamwork. Basketball was adapted as the demonstration sport in 1904 Olympic and official event at 1936 Summer Olympics. Today this sport has reached in every nook and corner of the world and is one of the most liked games across the globe. It can be played indoors and outdoors.

To celebrate the ‘125th Anniversary of the Invention of Basketball’, the Royal Canadian Mint (RCM) has minted a coloured convex-shaped silver coin. The first-ever coloured convex-shaped coin is designed by Canadian artist Glen Green. The coin’s deep convex curvature is designed to recreate the rounded shape of a basketball. In addition to its unusual shape, the precision engraving replicates the actual elements associated with the basketball—specifically the recessed lines and the dimpled surface on the coin. The application of color reflects its iconic orange appearance. The engraved action shot shows fast-paced intensity of the game in the foreground – a player on the left leaps towards the net for a dunk shot, while the one on the right moves quickly to defend the shot with his outstretched arm. On sides, two engraved basketballs overlap the wide band that frames the reverse image, where the word “CANADA” is engraved above the years “1891-2016” which year mark basketball’s 125th anniversary. As the one side of the coin is convex, the other side or obverse or heads side is concave. Susanna Blunt’s effigy of Queen Elizabeth II is embossed on this side and inscribed -“ELIZABETH II,” “DG REGINA” and the coin’s legal face value of “25 DOLLARS.”

Great attention paid to detailing and minting, is proved by the engraved elements so that, it should feel like you’re holding a small basketball in the palm.

During the six long years of Second World War, the naval warfare endured by the Allied forces in the waters of the Atlantic Ocean was strongly supported by the Canadian Merchant Navy who provided them with the much-needed personnel, food, fuel and weapons. In the absence of Canada’s help, a crucial Nazi victory at sea could have starved Great-Britain into capitulation. To commemorate Canada merchant navy’s valuable help, the Royal Canadian Mint has released the 2015 Canada’s Merchant Navy in the Battle of the Atlantic 2 oz. Fine Silver Coin. END_OF_DOCUMENT_TOKEN_TO_BE_REPLACED 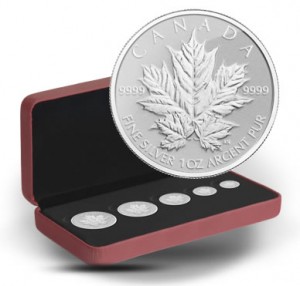 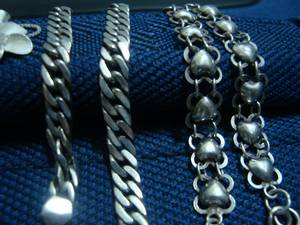 The Royal Canadian Mint has issued a public offering of exchange-traded receipts (ETRs) under the new Canadian Silver Reserves Program. Each ETR is the proof of ownership of physical silver bullion, held with the Mint at its reserve facilities. The Canadian Silver Reserves Program, denotes further expansion of the Mint and its success in core bullion as well as refinery. END_OF_DOCUMENT_TOKEN_TO_BE_REPLACED

Universal Coin & Bullion is a major distributor of coins. The Silver Antelope Coin depicting the North American Wildlife will soon be available from this distributor. END_OF_DOCUMENT_TOKEN_TO_BE_REPLACED